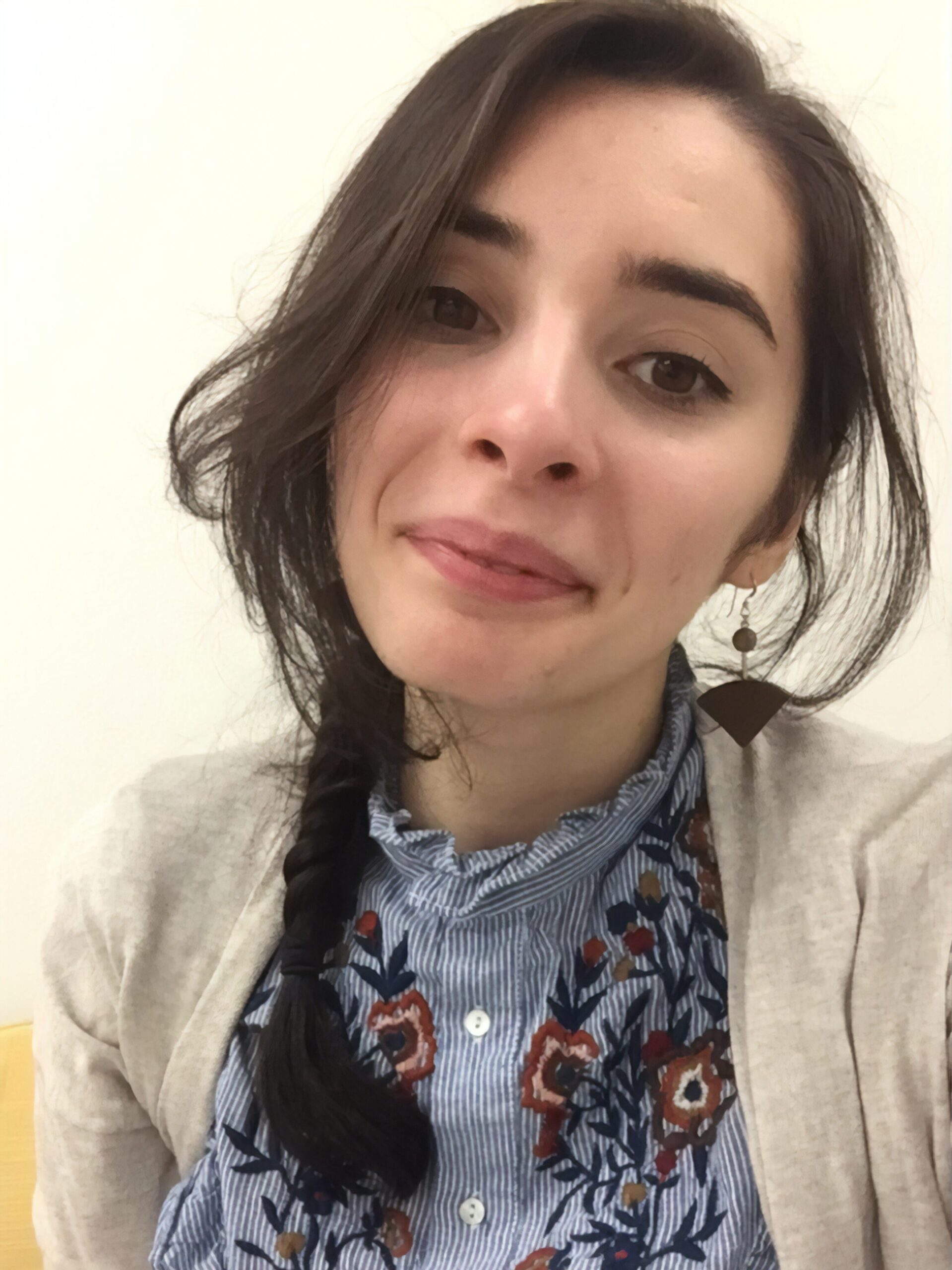 Tatiana (Tati) Ades is an academic advisor in the adult literacy program at the Borough of Manhattan Community College, CUNY, where she helps support adult students taking high school equivalency (HSE) classes. Ades is concurrently an American studies student in the MALS program and an Interactive Technology & Pedagogy Certificate student at the Graduate Center, CUNY. As a Futures Initiative Fellow, Ades is working on two publications on student-centered learning that will be published on Manifold Winter 2020 and Spring 2021 — We Eat: A Student-Centered Cookbook and I Wake Up Counting: A Guide to Transformative Learning in the Humanities and Social Sciences.

Ades’ MA research has traced continuities and possibilities between disability studies, transnational feminisms, queer, and trans of color critique in 20th and 21st-century literary and visual culture. By following transnational political-economic circuits and sustained attention to the analytics of racial capitalism, Ades attends to insurgent articulations, visualizations, and examples of radical, community care and critiques of the biopolitical harm in public health rhetoric and institutions. Other areas of ongoing interest and emergent research include adult literacy education and literacy crisis, critical refugee studies, community education, maker pedagogies, and teaching in corrections.

Ades is a board member of the WithinReach Foundation, a scholarship serving high school equivalency students in New York City. Ades is also a new member of the Editorial Collective of the Journal of Interactive Technology & Pedagogy. As a first-generation high school and college graduate, Ades believes deeply in public education and is proud to have a BA from CUNY— Hunter College.