Over 50 and Back in College

Teaching to a group of students with a huge age difference is a reality for many educators. Some of these older students have brought an array of experiences and perspectives that have enriched the classroom experience for me and others.

Burning question: As an educator, what are some of the challenges that you face when teaching to a body of students with a vast difference in age, experiences and perspectives?

Below is a New York Times article on older adults attending college: 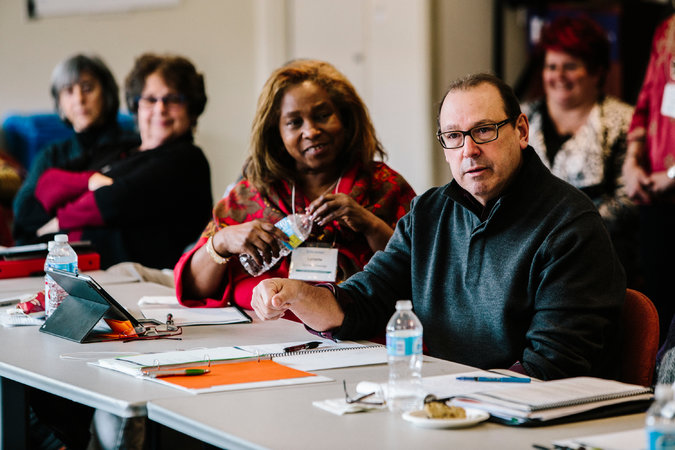 “Universities frequently compete, but this is a space we can find a reason to collaborate,” said Richard A. Matasar, a New York University vice president. CreditChristopher Gregory for The New York Times

A MONTH before turning 60, Helen White received her master’s degree in sport management at George Washington University, and now teaches basketball and pickleball and organizes recreational programs and tournaments for older adults throughout the Washington area.

“I wanted to change the stereotype of older adults by getting them to move and enjoy the power of play,” Ms. White said. “The degree opened opportunities for me to do that.”

In a way, it was a back-to-her-roots time for Ms. White, who played basketball and tennis competitively throughout her high school and college years, obtaining her first degree in physical education and recreation. But it was also a bet on her future after leaving AARP, where she had been a manager of information services. Ms. White, who lives in Arlington, Va., spent about $24,000 as a part-time student for four years to prepare for her new life.

For many, a retirement of babysitting grandchildren, golfing and relaxing on the beach is passé. Older people today approach work as a pillar of aretirement lifestyle, planning ahead and adding skills even before leaving their current jobs. 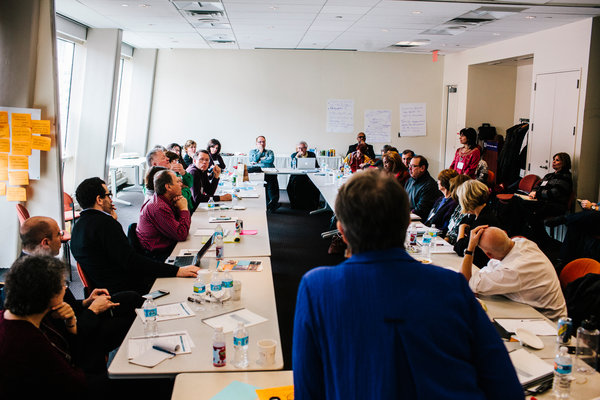 As demand for more adult learning opportunities accelerates, colleges and universities are trying to figure out how to tap into the market for second careers to bolster their revenue and perhaps build alumni loyalty. The potential audience is huge.

By 2030, the number of Americans 65 and older will grow to 72 million, up from 40.2 million in 2010, according to the United States Census Bureau. To date, colleges and universities have paid little attention to the needs of this population.

“It makes no sense, however, to have an educational system that ends in the 20s when people are likely to be working into their 80s,” said Laura L. Carstensen, founding director of the Stanford Center on Longevity. “We need to rethink these things.”

A Merrill Lynch study conducted in partnership with Age Wave, a research firm that focuses on aging, found that nearly three of every five working retirees said retirement was an opportunity to shift to a different line of work.

“Many see retirement as a chance to pursue career dreams that weren’t feasible before retirement,” said Cynthia Hutchins, director of financial gerontology at Bank of America Merrill Lynch.

But there is another reason for the rise in the number of older students. Asurvey by PNC Financial Services found that more than half of retirees 70 or younger retired before they had originally intended; 40 percent did so because of health-related issues and 26 percent because of layoffs, forced early retirement or other issues with their employers.

Some of those reluctant retirees want, or need, to keep working in some fashion, but to get hired, they must first expand their skill set.

The need to offer more educational options that can lead to jobs for older adults is gaining traction.

In March, deans, provosts and vice presidents from 22 institutions, including Arizona State University, Columbia University, Community College of Vermont, Cornell University, Denison University, Tulane University, U.C.L.A. and the University of Washington, held a daylong summit at New York University to discuss future curriculums and collaborations. Their mission was to work together on ways to create intergenerational, age-friendly institutions and build a network to help students like Ms. White and others who want to reboot to service-oriented work.

Among the challenges are how to provide courses for those in an aging population who lack the time or financial resources for full-blown degree-based programs. One idea was to offer older students college credits for work and life experience as a way to reduce the number of classes needed for a degree. 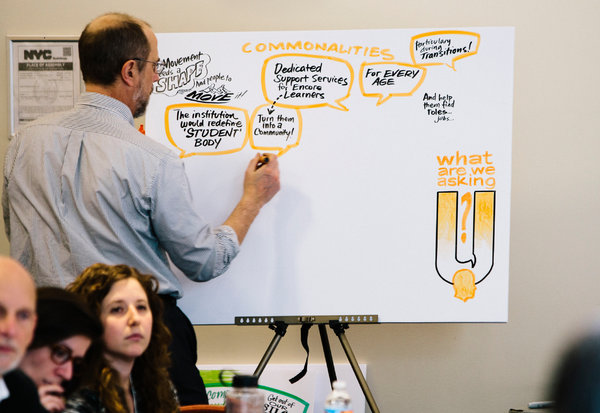 A visual note-taker at the Encore.org conference. CreditChristopher Gregory for The New York Times

The meeting was a sign of the rising awareness among colleges and universities of the prospects in the demographic shifts around aging. “Universities frequently compete, but this is a space we can find a reason to collaborate,” said Richard A. Matasar, vice president for university enterprise initiatives at N.Y.U.

“While many colleges have some kind of continuing education programs in place, what we’re seeing is institutions are starting to truly embrace the seismic demographic shift as an opportunity, not just a sideline offering,” said Barbara Vacarr, director of the higher education initiative forEncore.org, a nonprofit group that organized the conference.

Tulane University’s Alumni Career Services, for instance, is creating a program to help alumni focus on second careers with a social purpose. “We found that our alums are interested in doing an encore and having an affordable educational experience,” said Rebecca Conwell, 55, a consultant to Tulane who spent the last year working with several of the university’s groups to get the initiative up and running. “My strategic plan calls for a professional certification program ultimately, but it would start out with workshops.”

Campus classes are a natural pull for loyal alumni. “If I were advising universities on ways to increase revenue, I would target boomers, seniors and retirees, particularly alumni, with information on being able to audit certain classes and then try to convert them to pay for additional courses,” said Art Koff, founder of the website RetiredBrains.com. The site has a popular section set aside for continuing education resources that links to many free websites, including a Department of Education site, My Next Move.

In recent years, community colleges have reached out to adults interested in practical continuing education. The American Association of Community Colleges’ Plus 50 Initiative, for example, creates campus programs for people 50 and older, with an emphasis on training for the workplace. If President Obama’s proposal for free tuition at community colleges becomes law, even more older students are likely to participate.

Students not seeking degrees often can audit classes at a local college orenroll in massive open online courses, or MOOCs, at little or no cost, via Coursera, Udacity, EdX and Lynda.com. The Osher Lifelong Learning Institutes allow students 50 and older who aren’t seeking to earn credit to attend classes at more than 100 universities.

One-year adult education programs aimed at professionals are also on the increase. The first class of 24 students began orientation last December at the Stanford Distinguished Careers Institute. Tuition for the 2016 program is $62,000. The Advanced Leadership Initiative at Harvard is a similar program.

“Each of our fellows wants to contribute to society in meaningful ways,” said Dr. Philip A. Pizzo, a former dean of the Stanford School of Medicine and founding director of the Stanford institute. “They are here to discover which areas capture their sprit and permit them to transition to something new.”

One of the Stanford participants was Jere Brooks King, who took early retirement from Cisco Systems in November 2011 at age 55. “Who could resist the opportunity to explore and learn at Stanford University while you reimagine your next stage in life?” she said.