On September 24, 2015, our second installment of the University Worth Fighting For series took place, facilitated by Kandice Chuh (GC Professor of English and one of our Faculty Fellows) and Hilarie Ashton (GC English PhD student, instructor at Queens College, and FI Graduate Mentor). 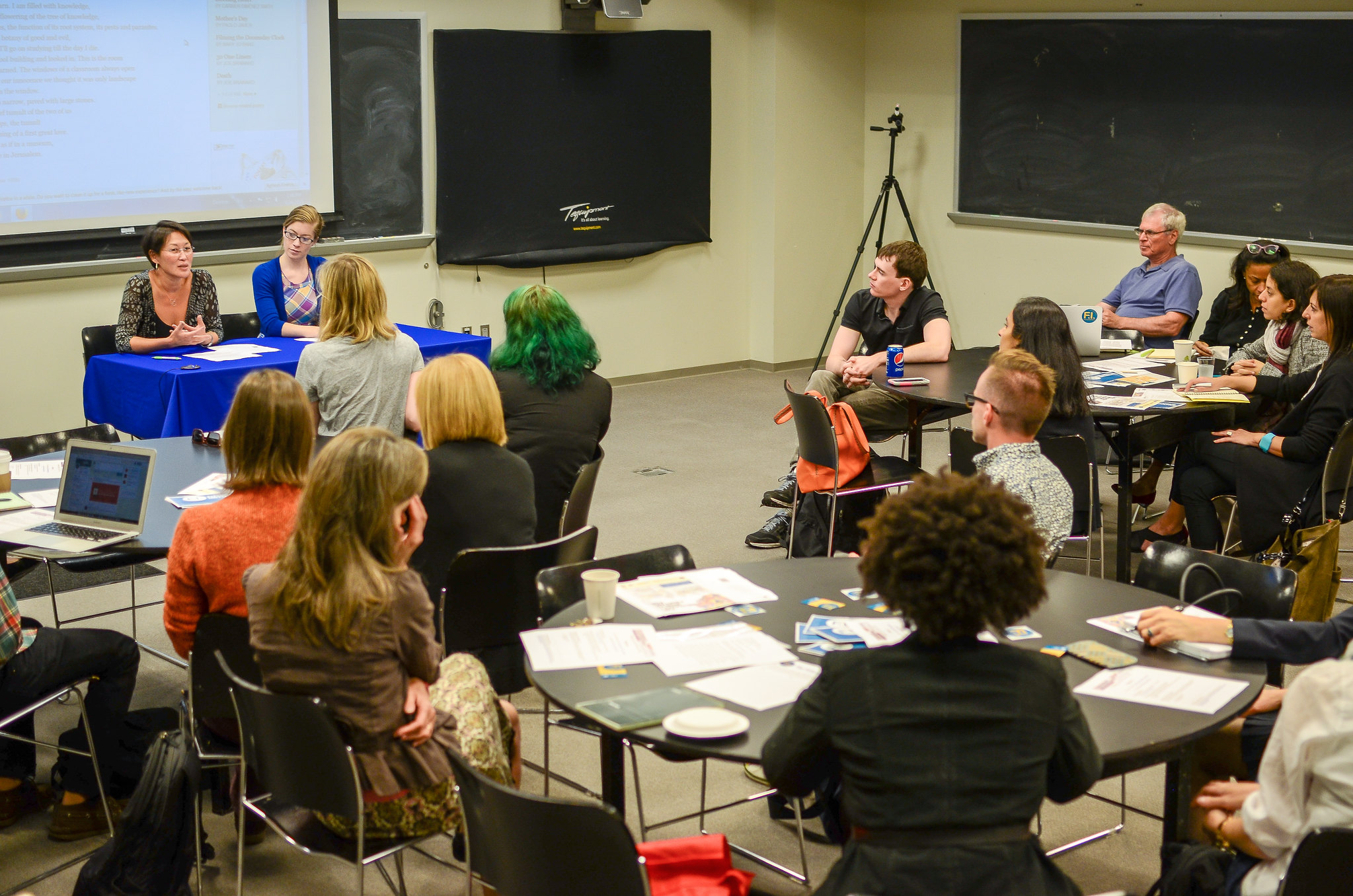 The conversation started with introductory remarks from Chuh, who related the conversations about classrooms to the much larger setting of cultural inequality, contemporary issues of education, and their economic and political conditions. She presented some critical thoughts around (vertical) mentoring structures, and presented, inspired from Lauren Berlant, the normal models of a “good” mentorship relationship: a “charismatic,” individualist model of mentoring, which ends up putting pressures and burdens on the individuals who are guided by seniors through the mentoring process. Chuh’s objects to this that such a model can take away conditions of structure, which created the necessity for mentorship to begin with.

Ashton presented some thoughts on her role as a leader in the Futures Initiative’s mentorship program during the summer of 2015, where she led workshops using role playing around good and bad mentorship. She then took the audience through an exercise called “Exploding the Text” (or “Reading Text as Jazz”), inspired by Paul Connelly. After practicing the exercise, she invited the audience to reflect on what the exercise can mean for peer-mentoring and student-centered pedagogy.

The event was open to the public at the The Graduate Center, CUNY, and livestreamed. In total, 34 persons were on the livestream, together with the approximately same number of people in the room. The event also generated much activity on Twitter with almost 250 tweets using the hashtag #fight4edu coming out of the event.

Please see the resources below for a recap and further reading about the event!