On Monday, November 14 the Futures Initiative hosted “Media Blackness,” an engaged conversation about the rendering of blackness in, across, and through multiple forms of media. The discussion included multiple perspectives on the intersections of blackness and aesthetics in film, television, digital media, and beyond. Panelists include Cathy N. Davidson (CUNY Graduate Center), Shelly Eversley (Baruch College), Racquel Gates (College of Staten Island) and Michael Gillespie (City College). 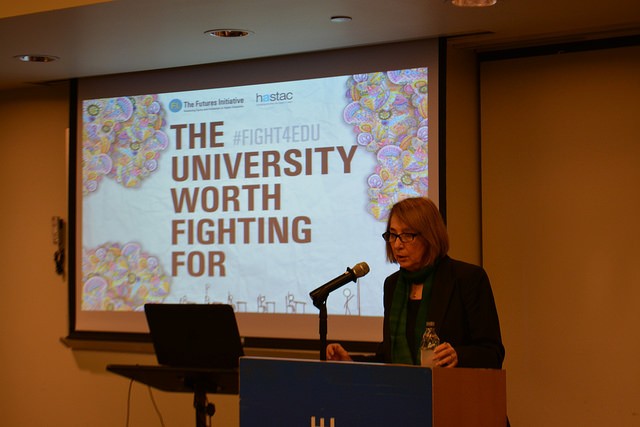 Dr. Michael Gillespie offered the panel opening provocations about “film blackness,” and spoke about his new book Film Blackness: American Cinema and the Idea of Black Film. “What do we mean when we say black film?” Dr. Gillespie asked, “What does film blackness promise and disallow?” In addition to sounding a clarion call for all to go see Moonlight (dir. Barry Jenkins), Dr. Gillespie invited us to consider film blackness in terms of multitudes, capacities, pleasures, and possibilities, rather than something that cooperates with the social category of race. 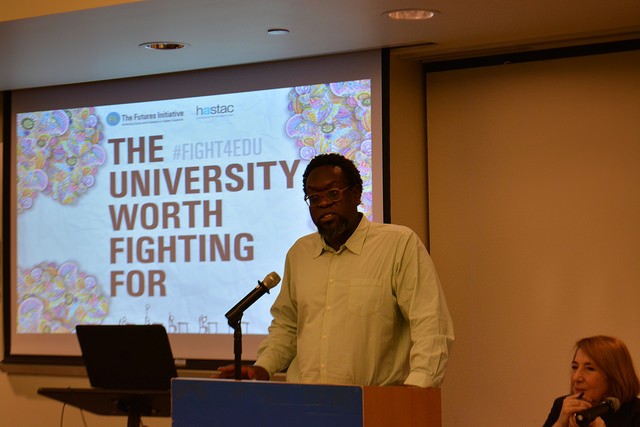 Dr. Racquel Gates offered powerful insights from her own research on black popular culture. Dr. Gates began with a reading of Dave Chapelle’s SNL sketch in the wake of the election and asked us to consider the questions that are not being asked. “What does it mean to have Chris Rock return as a successful black cast member, when he was marginalized and mistreated like every other black cast member? How does this obscure the structural problems of how black cast members are treated on SNL?” Dr. Gates asked, connecting these to the larger research question, “how does blackness become legible in popular culture?” 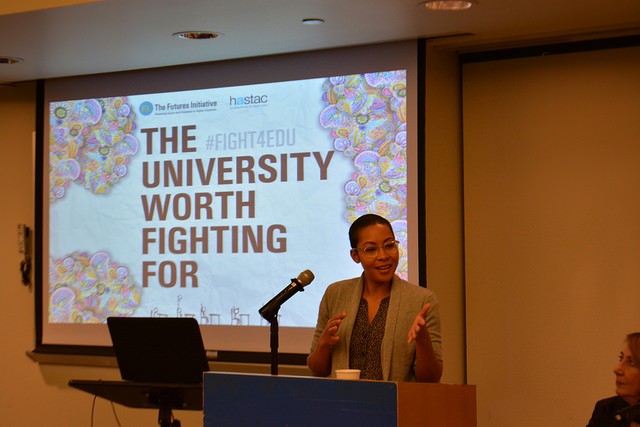 Next, Dr. Shelly Eversley spoke about her important work with the Equality Archive, beginning with the spine-tingling notion that “There’s freedom…in the disruptive surprise.” “What we do has to be transgressive and inspire action,” Eversley remarked, as the audience of educators and change-makers nodded in enthusiasm and whispered their approval. While the Equality Archive began as an experiment, it quickly grew into something beautiful and complex: a collective, responsive, searchable database of feminist knowledge with entries written and fact-checked by professors and students. 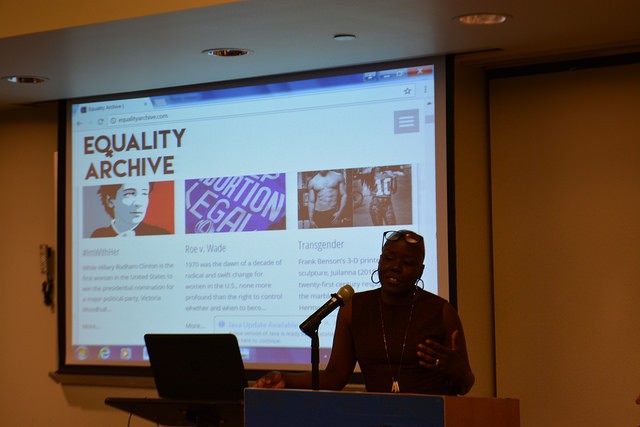 Then, in an effort to break with traditional event formats, the panelists asked each other questions about their work. As an audience, it was thrilling to watch these brilliant scholars engage with one another, and to witness their thought in motion! Their questions ranged from the residual traces of respectability politics, to the siloing of disciplines (and the potential of the web — or maybe multimodality — to traverse them), to exactly how one defines film. “What would that look like if you add feminism?” Dr. Eversley asked Dr. Gillespie about his work on film blackness. 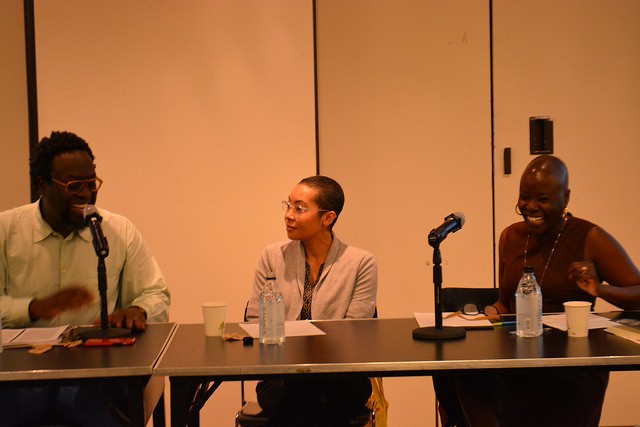 (We think the panelists may have enjoyed it as well)

And finally, we opened it up to the audience. Because what would an FI event be without a little think-pair-share? 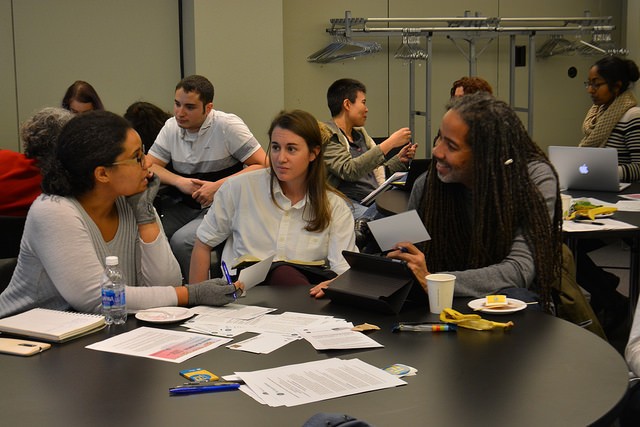 And the panelists responded. In what ways is quality a raced category? How will the transition from Obama to Trump change the way black people are viewed in the media? 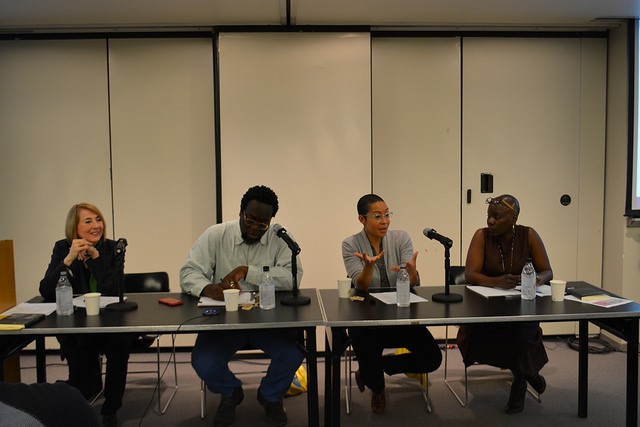 The panelists respond to audience questions

The conversation continued over snacks and a book signing for Dr. Gillespie’s Film Blackness. A huge thank you to our panelists, co-sponsors, and participants!