I’m delighted to announce that the Futures Initiative will welcome three new fellows for the 2018-2019 academic year: 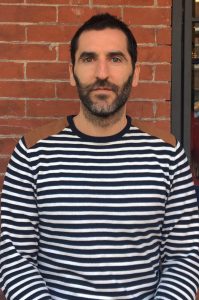 Gustavo Jiménez is a current Ph.D. Candidate in Latin American, Iberian and Latino Cultures at The Graduate Center, CUNY. His doctoral work is on the significance of Latin America in the formation of modern Basque literature identity in the context of contemporary debates in World Literature. He is interested in postcolonial discourses, both from a theoretical perspective, and as a way to create decolonized learning environments for undergraduate students. He has taught courses and workshops in Spanish and Cinema at CUNY campuses, Fordham University, and The Instituto Cervantes.

As an undergraduate, he studied Advertising & Public Relations and throughout has remained interested in the field including holding various positions as Communications Manager, Editor and contributing author. In 2015, he received the Basque Literary Prize Finalist award for his short novel “Moradero.”

He holds an BA from the University of the Basque Country, a Masters in Spanish from Western Michigan University, and will complete his PhD work at the Graduate Center in 2018/19. 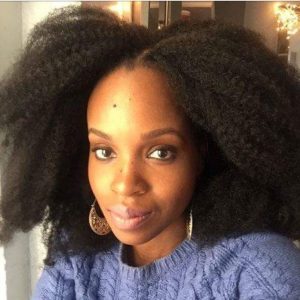 Adashima Oyo is a doctoral student in the Social Welfare program at the Graduate Center, CUNY. She earned both an M.P.H. and a B.A. in English with Honors (which included a double minor in Health Sciences and African American Studies) from Brooklyn College, CUNY. For greater than 10 years, Oyo has provided evaluation and strategic planning for several nonprofits in the health service sector. She has two research interests, and both intersect with the minority-majority demographic shift that is occurring in America. First, the problem of health disparities and its disproportionate burden on Black and Latino minority communities. Second, the lack of racial diversity among college and university faculty and its implications on Black and Latino students who move (or don’t move) through the pipeline from undergraduate to doctoral studies. Specifically, she is interested in examining how this contributes to the cyclical shortage of available Black and Latino faculty and their underrepresentation in the production of scholarship. Adashima has published findings from her research in peer-reviewed journals and presented at several national conferences. She is part of the adjunct faculty at New York University (NYU) and Brooklyn College, CUNY where she teaches courses about healthcare and developing research papers to undergraduate students. 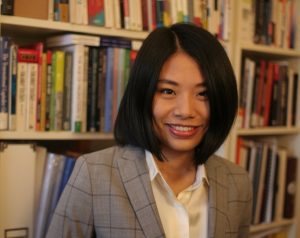 Siqi Tu is a PhD candidate in Sociology at the Graduate Center, City University of New York.  She earned a BA degree in Sociology from Fudan University (China) and a MA degree in Sociology from Columbia University. Her work focuses on the areas of urban sociology, immigration, education, elites, and contemporary Chinese societies. Tu was born and raised in Shanghai, China and moved to New York City in 2012.  She developed her interest in immigration and urban neighborhoods as a keen observer of diverse communities in different metropolitan areas. Her dissertation, “Destination Diploma: How Chinese Upper-Middle Class Families ‘Outsource’ Secondary Education to the United States”, investigates why and how Chinese upper-middle-class families make decisions to send their children to the Unites States to attend private high schools, some as young as 14 years of age, and it analyzes the actual lived experiences of the students of this “parachute-generation”. She has taught sociology at Brooklyn College from 2014 and is currently a Writing Fellow at Kingsborough Community College. Personal website: www.siqitu.com