Sustainability for Whom? Empowerment for What?

I attended the Comparative and International Education Society Annual Conference with my colleague, Sujung Kim, in San Francisco from April 14-18. The conference theme is “Education for Sustainability”.

The prompt of the conference reads,

During its “Development Decade” of the 1960s, the UN advocated education as a driver of economic growth. But, over the past fifty years, questions have been asked with increasing urgency about what kind of development is promulgated through literacy, skills training, and formal schooling. What is the longer term cost of an education that promises – and sometimes delivers – productivity, industrialization, modernity and consumption? Who pays this price? What are the larger costs? And with what ultimate consequence for the planet?

CIES conference features numerous panels, the spaces of education film festivalette, and several excursions in the city of San Francisco. Throughout all these events, two questions lingered in my mind: Sustainability for Whom? Empowerment for What?

Sujung and I watched a film, Leave No Trace, and joined the Q & A with the host. The film depicted a father and his teenage daughter who have lived off the grid for years in the forests of Portland, Oregon 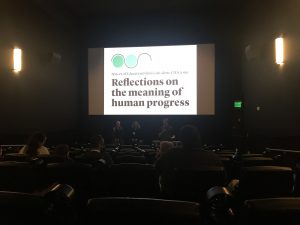 , and put into social services once they got discovered. It was probably selected as part of the film festivalette titled “Reflections on the meaning of human progress” as it raises questions on how we really need to live well and it slightly touched upon topics of home schooling, social services, PTSD issues of veterans, and many more. The film, for me, essentially questions the tensions between social norms and individual choices. Does society allow a person to live off the grid if that is the only way he deems viable? When do social norms such as one ought to live with shelter and food do not apply? As educators, how can we decide we are setting “the right path” for individual students? When we are talking about education for sustainability, how do we define sustainability and sustainability for who? For the nation, for the society, for the planet, or for individual students?

Similarly, when we are talking about empowering our students through critical pedagogy, I kept wondering, empowerment for what? Ellsworth raised this question back in 1989 and criticized that scholars have answered this question in ahistorical and depoliticized abstractions. She commented that “student empowerment has been defined in the broadest possible humanist terms and becomes a ‘capacity to act effectively’ in a way that fails to challenge any identifiable social or political position, institution, or group” (307). What she means is that at that time, the literature on student empowerment tends to “strip discussions of classroom practices of historical context and political position” (300) and the answers to “empowerment for what” is as abstract as for “human betterment” (Parker 1986). In another word, she encourages scholars to call out the “disease”, i.e. existing structural issues such as racism, sexism, and then treats the symptoms. In a sense, critical pedagogy has to be political.

However, the practices of it vary greatly in different countries. For example, Lisa Yiu and Min Yu presented a paper titled “Empowerment from What and for Whom? Teacher Practices in a Migrant Children School and Public School in China” at a CIES panel on educating vulnerable youth in China’s urbanizing context. They raised the concerns that according to Ellsworth’s (1989) definition, the actions by Chinese teachers in both rural migrant and public schools do not constitute empowerment acts. Then they contextualize teachers’ practices within China’s strong state context, thus arguing that the actions of teachers to bring value and hope to rural migrant students in both public and migrant schools do constitute acts of empowerment. Though those acts do not directly challenge the structural reality of the strong state as the stakes are high, these teachers’ acknowledgment of the structural inequality between rural and urban students and their empathy towards migrant children is already a form of “armed love” (Friere 1970). Such researches expand the scope of empowerment research and provide a more complex, nuanced understanding in conceptualizing and realizing empowerment.

Both sustainability and empowerment in education need to be studied and practiced from the specific social structural context the region resides. There will not, and should not, be a universal model of it. Examples of great practices are still always encouraging. Sujung and I participated in an excursion tour to CUESA’s Ferry Plaza Farmers’ Market. We observed how CUESA are educating the next generation of healthy eaters, a program called “Foodwise Kids” for elementary school students:

Through comparative tastings, exploring the market, and a hands-on cooking lesson, we nurture children’s love for fruits and vegetables, teach them to prepare healthy, seasonal foods, and raise their awareness of their role in a sustainable food system.

CUESA also provides a job training program called “Foodwise Teens” for high school students. It was great to see that CUESA has prioritized empowering next generation of healthy eaters in cultivating a sustainable food system. Such practice is deeply connected to local people (both farmers and residents in the area), yet has a greater impact globally if it is widely practiced. 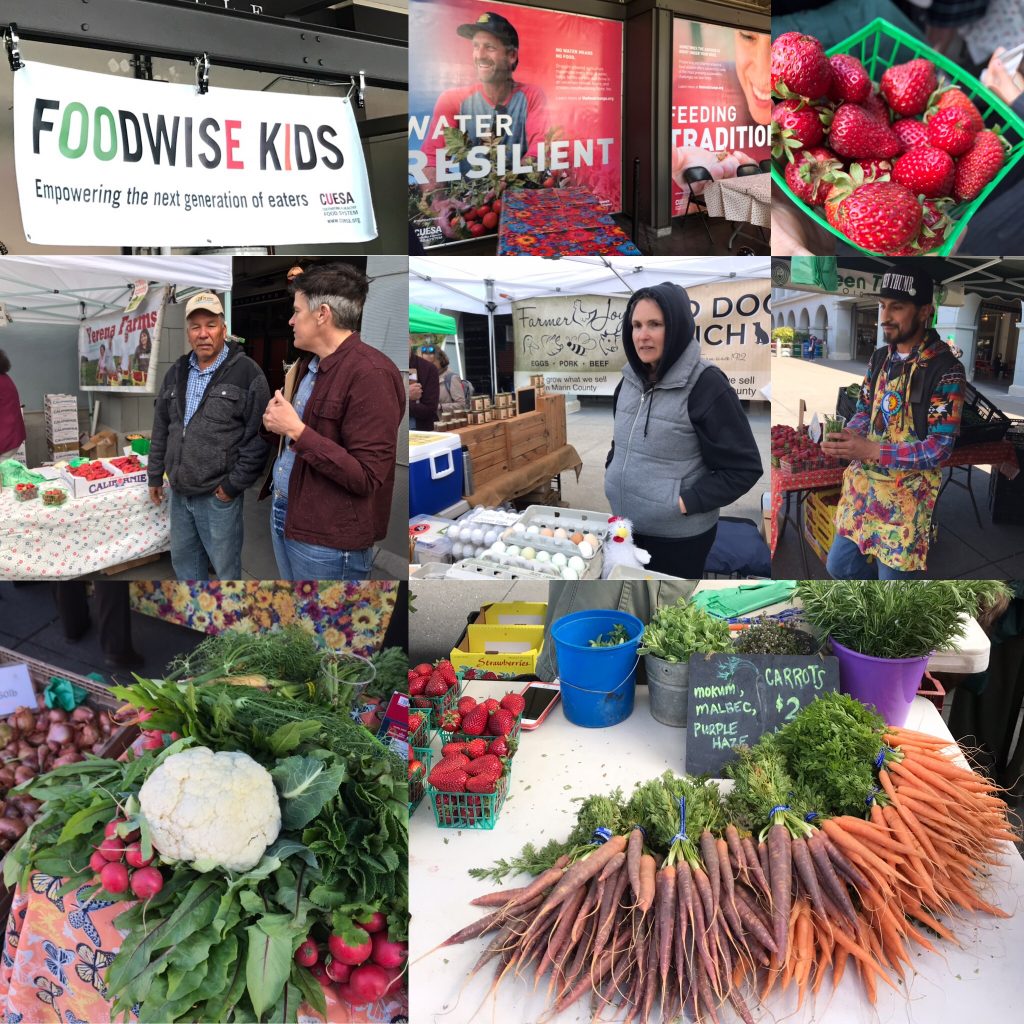 Locally rooted, and globally minded, for me, is an ultimate principle for sustainable education.