The CUNY Peer Leaders program kicked off the 2021 Spring semester with a core component and staple within the program that is featured just in time for Black History Month which is social justice. 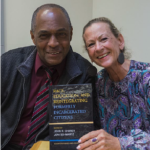 The topic covered for this meet-up was Mass Incarceration. We had the honor of having Prof. John R. Chaney who joined us and co-presented alongside Steven “Flow” Pacheco on this topic. Professor Chaney is a Criminal Justice faculty member and program director at LaGuardia Community College, and author of Race, Education, and Reintegrating Formerly Incarcerated Citizens. He has served as an administrator at the Brooklyn District Attorney’s Office and as Executive Director for the agency’s Community and Law Enforcement ResourcesTogether reentry program. Steven “Flow” Pacheco, Futures Initiative Leadership Fellow (2018-2019) and alum student from John Jay College of Criminal Justice, CUNY is currently Co-Founder and Co-Owner of Black Crown Media, a Black-owned video production and digital marketing agency that helps you scale. 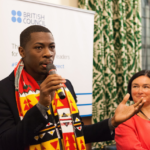 During this session Professor Chaney and Steven Pacheco held a candid, fascinating and insightful discussion on Mass Incarceration that touched upon everything from their personal background, their experience and work with the prison system, policy touch points as it relates to higher education, voting, housing, employment, the Civil Rights movement, Black feminist Criminology, Restorative Justice and Prison reform, the Prison Abolitionist Movement, the Prison Industrial complex, and more.

Below are some suggested resources that were discussed during the session and a blog post written by one of our CUNY Peer Leaders Sheila Janeo entitled: Land of the Unfree, Home of 25% of the World’s Prisoners that discusses the story of Brandon Bernard, a Black man who was killed at the hands of the state, the death penalty, slavery, white supremacy and the need to dismantle our current prison system.