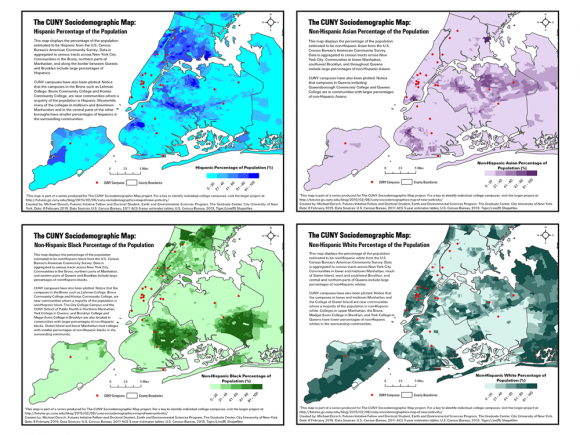 These findings speak to the quality and importance of public education. They represent the first publication of a CUNY-wide project the Futures Initiative is conducting this semester called “The CUNY Map of NYC,” a series of student-researched and designed maps that document CUNY’s relationship to and impact upon New York City.

The project is being developed in the context of a course taught by Futures Initiative Director Cathy N. Davidson and Graduate Center President Emeritus William Kelly, “Mapping the Futures of Higher Education.”  The class includes twelve Graduate Center students teaching a dozen courses in nine fields across nine CUNY campuses. The students throughout the graduate and undergraduate courses are connected through a unique implementation of the CUNY-developed platform Commons In A Box that serves as a course website and network: futuresinitiative.org.

This work supports the Futures Initiative’s mission of “Advancing Equity and Innovation in Higher Education.” It is not only significant scholarship but also important news for the CUNY community, New York City, and public higher education nationwide. 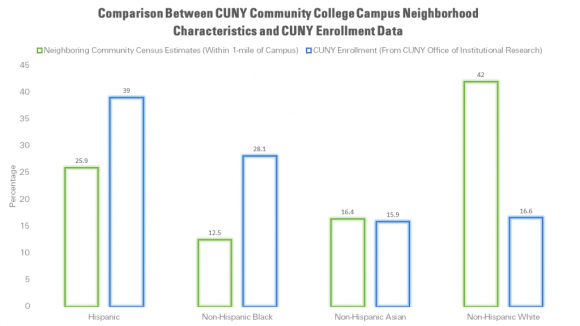